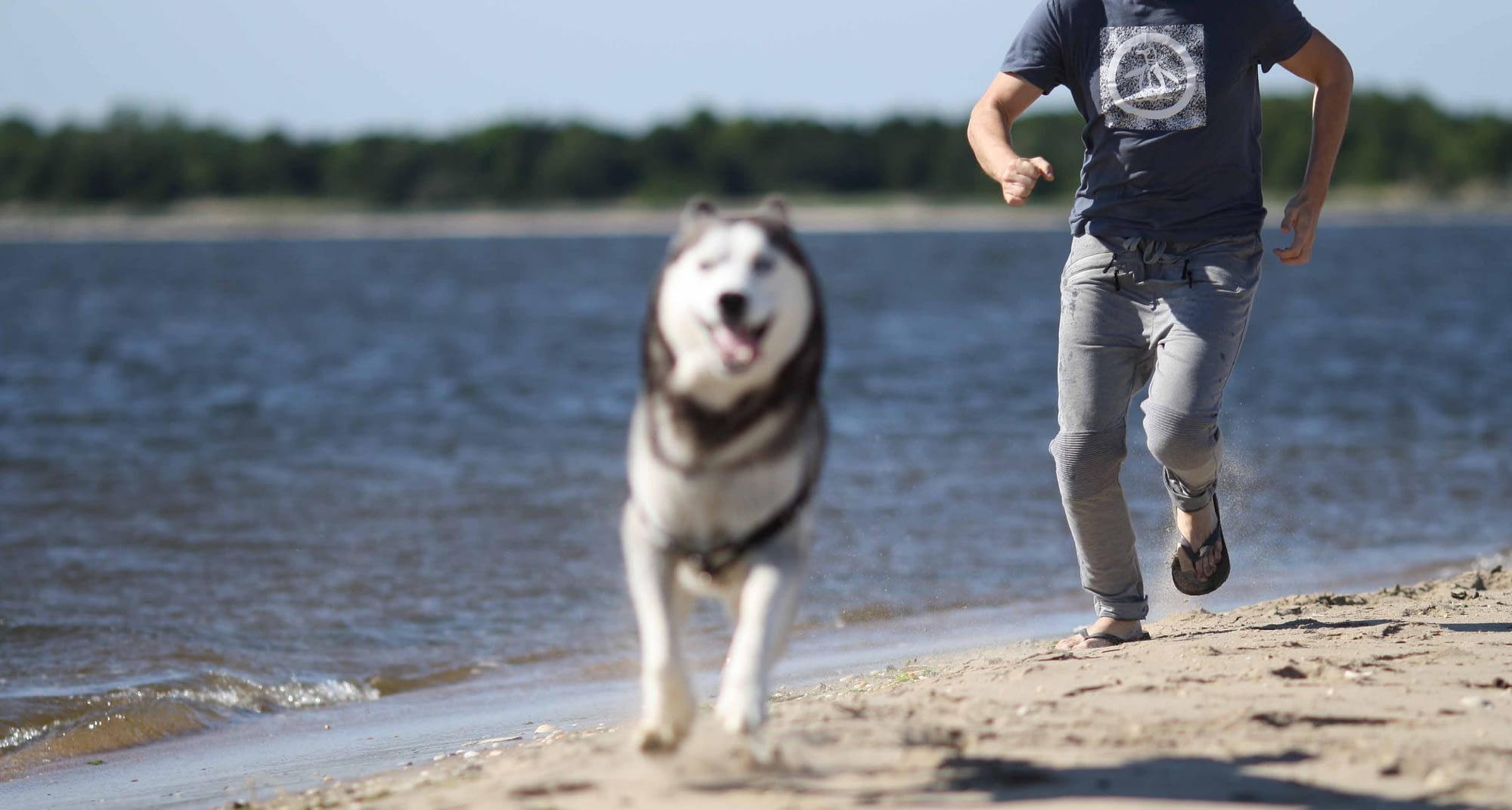 I’m a 4 year old black lab, and I’m a runner. Everyone knows it.

My babysitter know it after she starts screaming when I take off under the fence. My mom knows it when she admonishes, “Make good decisions”, as she lets me off leash at my Aunt’s. And I know it, when 2 seconds after taking off after that squirrel, I’m in a whole new part of town.

My question though… Is Why are Humans So Slow? I bet they wouldn’t get so mad at me when I start to run, if only they could keep up!

Why are Humans so slow?

I mean seriously! Two?! What do you expect to do on those things?! I don’t even know how you balance upright. Why don’t you just tip over? It’s would be like me trying to balance my foot-long bully stick on its one end. It’s impossible! Not to mention, humans then only have two legs to actually move them forward. They immediately are going to be at least half as slow as us four leggers. Get another set of legs, arm-pit sweaters! No wonder your so slow.

2. Humans are shaped like trees, they have NO aerodynamics

Again, how don’t these humans just tip over all the time. It’s not like those confined ‘paws’ are rooted into the earth. And wind resistance????? Don’t get me started! Low to the ground, head down, like a bullet, that’s me. Humans? Most of them have 5+ straight feet of their body fighting against the wind anytime they try to move forward. I heard these human sprinters shave their arms to remove the wind resistance of their hair? Ha! Try removing the top 3 feet of your body!

3. Humans Have No Motivation to Move Fast

Squirrel? I’m Gone. Rabbit? Goodbye! Other Dog or glimpse of some kind of water deposit I can jump into? SeeYa!!!! Humans though? They lack the drive, the intensity. I saw one jump up out of a chair once when something happened on that flat thing that shows pictures. But I’ve never seen them spot another human, and just sprint full speed at them. Maybe a Cheeseburger? That might work.

4. Humans put these ‘trap’ things on their feet

These are totally making the humans slower. I know. My mom used to put these on my feet in the winter when we lived in Chicago, and the salt burnt my feet when I walked around. Let me tell you, NO ONE can move fast in those things. They are like individual traps, keeping their ‘paws’ hostage and confined. Totally unable to use their ‘paws’ freely, its a wonder they don’t just trip walking down the street!

5. They waste half their energy flapping those two OTHER appendages

You use your legs to run humans. Why MUST you pretend like those “wish they were” legs hanging off your sides are moving you faster as well. They aren’t even touching the ground for dogs sake! Yet you pump them like a pair of legs. I can’t tell you how many times my four legged friends and I laugh when we watch one of you try to ‘run’ past us at the park. “There goes another human, trying to use his useless second set of legs to run on air…” Humans… I mean really.

Anyway, humans probably will never change. They will remain ever so slow. Us dogs, even those cats if I have to point them out, will always be faster.

Just remember though humans… next time your four legged friend runs away from you, and you get upset? It’s not our fault. It’s yours, because you just need to be faster.